A talented friend of mine, Tomoko-san, is giving a benshi performance with Ozu’s 1930 Silent film “Walk Cheerfully” at the BFI on April 22.
A rare opportunity to experience Japanese ‘silent’ cinema.

There is an exhibition by a Japanese artist, Junko O’Neill next week at the GV Art Gallery in London. This is accompanied by series of public events including artists talks, origami have-a-go and a calligraphy workshop.

From the press release:

A solo exhibition of art, inspired by the Japanese space/time concept of ‘Ma’

Have you ever experienced being drawn into the space within a painting and sensing the transient atmosphere that the work conveys?

The Japanese artist, Junko O’Neill, presents a thought-provoking and comprehensive body of work with her first solo exhibition in London, entitled ‘Fragments of Time’ at GV Art gallery on Chiltern Street.

The work of figurative and abstract paintings as well as 3D pieces are all inspired by the space/time concept of ‘Ma’, which is unique to Japanese culture. The concept considers space as fundamentally void: only space itself is deemed to be eternal and everything that fills the space is of a transient nature.

Aside from the concept of ‘Ma’, O’Neill also sources ideas for her figurative paintings from her imagination and Japanese literature such as Haruki Murakami’s novels. She finds these novels and her work share the same sense of time passing within the space.

It’s been a while since I’ve written here.
Lately I’ve updated the site’s theme to a modern responsive one which will flow to fit whatever device it’s viewed on and so should look good on iPhones, iPads, and the desktop.

I’ve stopped using Posterous. It’s difficult to get your data back out of that service so I’d advise against anyone using it. (If it doesn’t get killed off by the new owners Twitter.) I’ll add most of the Japanese posts I had there to this blog, but I need to edit them and reinstate the images. I’ve set up another blog, しあわせ code, to write any thoughts I have about coding and keep bookmarks. I may or may not move it to a self-hosted solution in the future.

No promises, but I hope to post something once a week here. 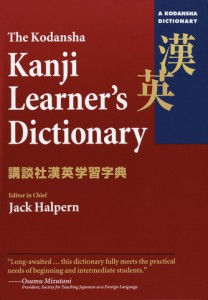 The KKLD has made a reappearance in the iTunes store. It was mysteriously pulled about 2 years ago when it was originally published by Enfour. At the time I wondered if there was a rights dispute over the electronic version. Did Casio have exclusive rights perhaps? We’ll never know. Now it’s being published directly by CJKI. Unfortunately they see it as a new product so I’d need to stump up £15 if I want it. I think I’ll wait until my current copy breaks under after a system upgrade.

It now has iPad support and the SKIP search system has been improved, although I think SKIP is past its best-by date. Multi-radical is better suited to computers, or direct drawn input on iOS.

It’s an excellent kanji dictionary however and despite its relatively expensive price for an iOS app it’s a bargain compared to a print edition. I recommend it.

I found this while looking for the origins of the Japanese V – sign in photographs. Neojaponisme has the best rundown, but I think the best guess is no-one knows.

As a bonus there’s a Shiawase song in there as well.

“The supreme accomplishment is to blur the line between work and play.” – Arnold Toynbee

Following your passion can be a tough thing. But figuring out what that passion is can be even more elusive.

I’m lucky — I’ve found my passion, and I’m living it. I can testify that it’s the most wonderful thing, to be able to make a living doing what you love.

And so, in this little guide, I’d like to help you get started figuring out what you’d love doing. This turns out to be one of the most common problems of many Zen Habits readers — including many who recently responded to me on Twitter.

This will be the thing that will get you motivated to get out of bed in the morning, to cry out, “I’m alive! I’m feeling this, baby!”. And to scare your family members or anyone who happens to be in yelling distance as you do this.

This guide won’t be comprehensive, and it won’t find your passion for you. But it will help you in your journey to find it.

The author of this blog isn’t using Zen in it’s sense as a type of Buddhist dicipline but rather in the more western sense of minimalism. However he has some interesting things to say about life and work and purpose.

14. October 2011 by ロバート
Categories: Micropost | Comments Off on zenhabits